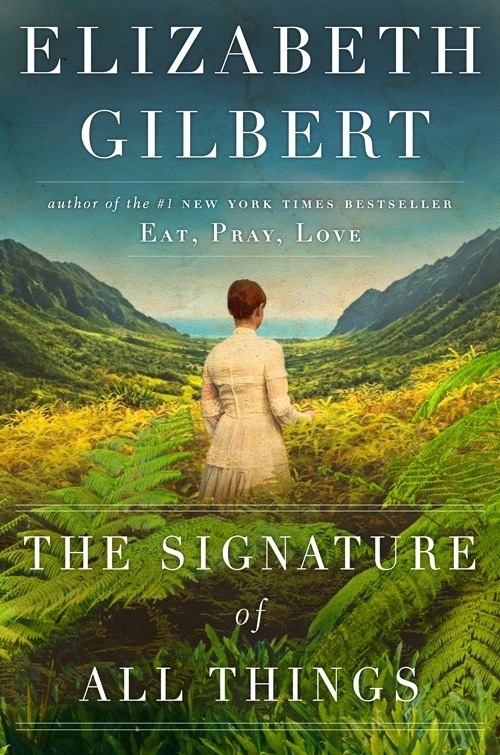 As I foretold in my last post, I am going to give some brief thoughts on my most recent read (which I did devour in 3 days…whoops!), The Signature of All Things by the lovely Elizabeth Gilbert.

But, to start off I should say that I really don’t enjoy giving reviews- I only do so because I like (hopefully) getting people to read books I enjoy. That being said, I think I’m awful at it because I am one of those people that doesn’t like any type of spoiler and tends to say things like- “You just have to read it yourself!”. But, I’ll try to capture my response to it and give a very brief overview of why I thought you might want to put it in your “to-read” pile.

I’m not going to lie to you, many people think that Gilbert’s memoirs weren’t all that incredible. Obviously, I disagree with that. I really can’t say I could see a guy really relating to Gilbert because she obviously harbors very feminine conflicts and experiences. However, she has a perspective on the human experience that is incredibly relatable, even in her memoirs. But, this isn’t about those, this is about her beautifully written 500 page 19th century fiction novel. To be honest, I’m always a sucker for any historical fiction, so she wrote right up my alley. 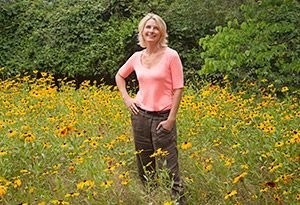 The story centers around the life of the very intelligent, independent, and surprisingly interesting woman named Alma (although the story progresses over her entire lifetime). Her main pursuit is botany and scientific study. That in itself should not be interesting. But, I can honestly say, I haven’t read anything quite like this…ever, and I thought it was wonderful. This book, despite its historical setting, felt so real and modern (not in a distracting way). This is the point where I just want to scream to go read it yourself, but I’m refraining.

The narrator of this story is as equally lovable as the main character, reminiscent almost of the Jane Austen narrator that has a distinct personality and voice embedded throughout the tale. This was incredibly refreshing to experience, I truly felt like someone was sitting down in front of me telling me this remarkable life story of Alma.

More than anything, Gilbert once again was able to take me on a journey where I could really feel the enviroment and the psyche of the individual. I now feel like I have lived Alma’s life and gained her experience along side my own. There is so much wisdom to be found on her journey, and the author kindly gives that wisdom to both us the reader, and Alma herself when it is all said and done.

It could be said that some of the minor characters may be less believable to more critical readers, I honestly can’t say I felt that way, but I could see where others may find this to be true. I’m definitely not trying to put this on any literary pedestal, this is just my own reaction to her writing and the overall story.

Overall, I did go into this with very biased affections, but I was not let down. In fact, I think this will stay up there with some of my favorite reads, certainly for the past year. Once again, Gilbert managed to give a very spiritual, real journey- ironically through a 19th century woman’s scientific journey. I can truthfully say this is in many ways NOTHING like her memoirs. But, that is the way it should be. It’s an entirely different genre and an entirely different story. I would have loved this book regardless of her past writing. I believe that wholeheartedly, her name just made it feel like an old friend.

As always, I don’t know if youwill like it. But, Gilbert left me wrapped in a bevy of emotions (in a good way) and very satisfied. A life well-lived, my dear Alma.

The overall plot could be described as ironically tragic, yet beautiful, reminiscent of Hemingway. But, this had a much happier ending, perhaps more realistic than Hemingway in the sense that there seems to be more acceptance of fate than coldness of fate. More gain than loss. It’s all a matter of perspective.

One of my favorite excerpts
“He had wished for the world to be a paradise, when in fact it was a battlefield. He had spent his life longing for the eternal, the constant, and the pure. He desired an airy covenant of angels, but was bound-as is everyone and everything- by the hard rules of nature. Moreover, as Alma well knew, it was not always the most beautiful, brilliant, original, or graceful who survived the struggle for existence; sometimes it was the most ruthless, or the most lucky; or maybe just the most stubborn…
The odds of survival were punishingly slim, for the world was naught but a school of calamity and an endless burning furnace of tribulation. But those who survived the world shaped it- even as the world, simultaneously, shaped them.”

Perhaps, for a better sense of the book, check out this short trailer (since when do they do book trailers??….but I like it!) It’s short and totally worth watching if you are at all interested in Gilbert or her new book. Trailer

Would I recommend this to a friend, most definitely yes! In fact, I’m giving it to my mom next! 🙂 Let me know your thoughts, especially if you manage to read it! I’m quite excited about it.

2 thoughts on “The Debut of “The Signature of All Things”” 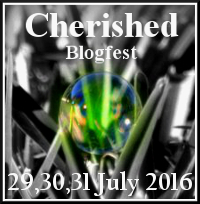